Bentley Motors Limited traces back to the early 1910s. Originally involved in the design and production of components for aircraft internal-combustion engines, Bentley entered the automotive world after the end of World War I and was registered on January 18, 1919. Like the majority of British car companies founded in the first half of the 20th century, Bentley has firmly established itself in motorsports; racing technologies were implemented in its production models. Bentley was the first company to install a compressor to increase the engine output. Since 1998, Bentley has been a subsidiary of Volkswagen AG.

Some Bentley models were a huge hit, while others turned out to be a sales failure. But all of them are Bentleys, with luxury and refinement hammered into their DNA. Let’s have a look at them all.

This full-size luxury car was manufactured between 1998 and 2009. Launched alongside the similar Rolls-Royce Silver Seraph and being the first entirely new Bentley model since the 80s, the Arnage was intended to resurrect the brand’s popularity. Besides the all-new platform, refreshed body, and upgraded mechanicals, the Arnage also received the new engine option. Developed by BMW, a 4.4L V8 came to replace an archaic 6.75L V8 unit that was engineered in the 50s, thus being considered outdated. 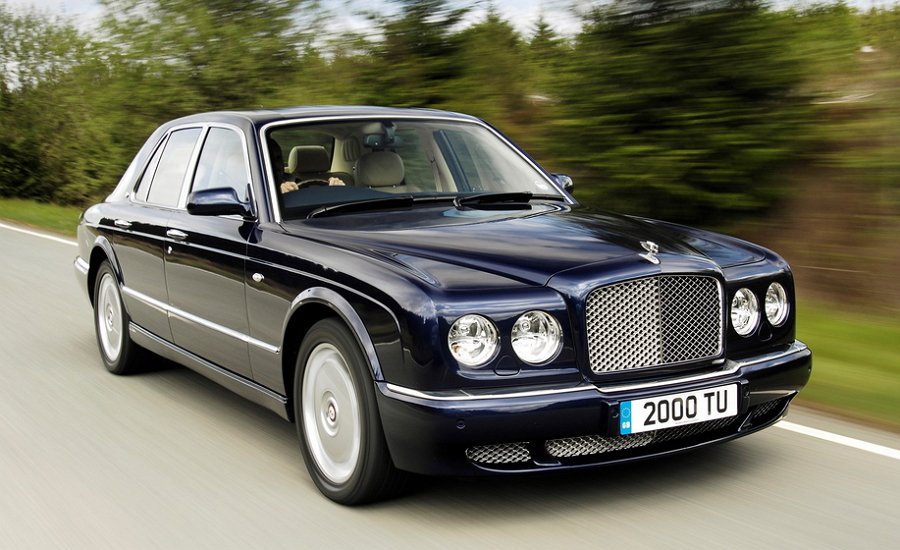 Bentley introduced its Azure model in 1995. Based on the Continental R underpinnings, the Azure was although available in a 2-door soft top convertible body style. Unlike most convertibles, the Azure features a 4-seater passenger compartment with no compromise in comfort for rear passengers. Powered by Bentley’s traditional 6.75 L L410 MT 1T turbo V8, the first-generation Azure was on sale until 2003. Three years later, Bentley resurrected the model. Developed under auspices of Volkswagen AG, which purchased Bentley in 1998, the Azure Mark II differed greatly from the first generation. The model was on sale until 2010 (for the last year only, a high-performance Azure T version was available), and was discontinued with no direct replacement. 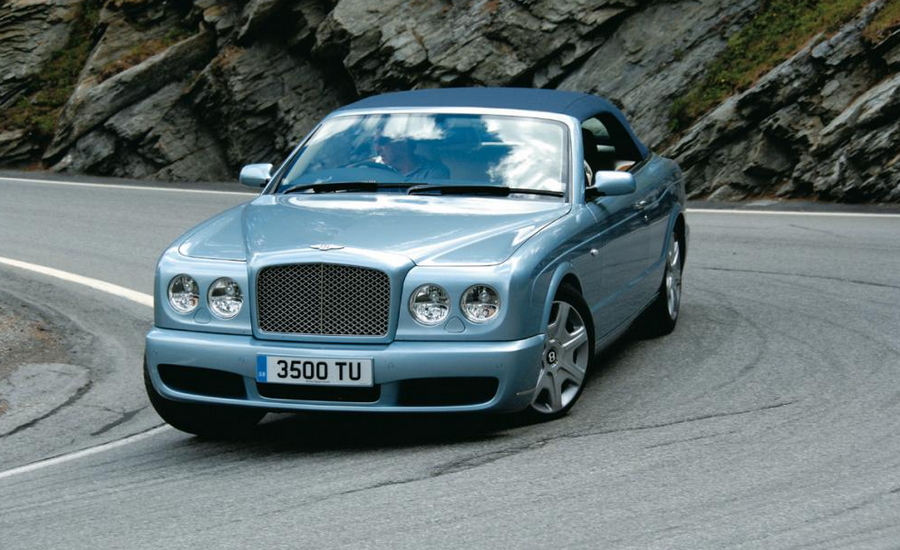 Bentley’s full-size luxury SUV was introduced at the 2015 Motor Show in Germany. Utilizing the Volkswagen Group MLB platform, which was used in the second-generation Audi Q7 and is going to be implemented in the Volkswagen Touareg and Porsche Cayenne of the third generation, the Bentayga became the first SUV by this British brand. Powered by a 6.0 L twin-turbocharged W12 that is mated to an 8-speed automatic transmission, the Bentayga can attain a 187 mph top speed and is considered one of the quickest production SUVs currently offered. 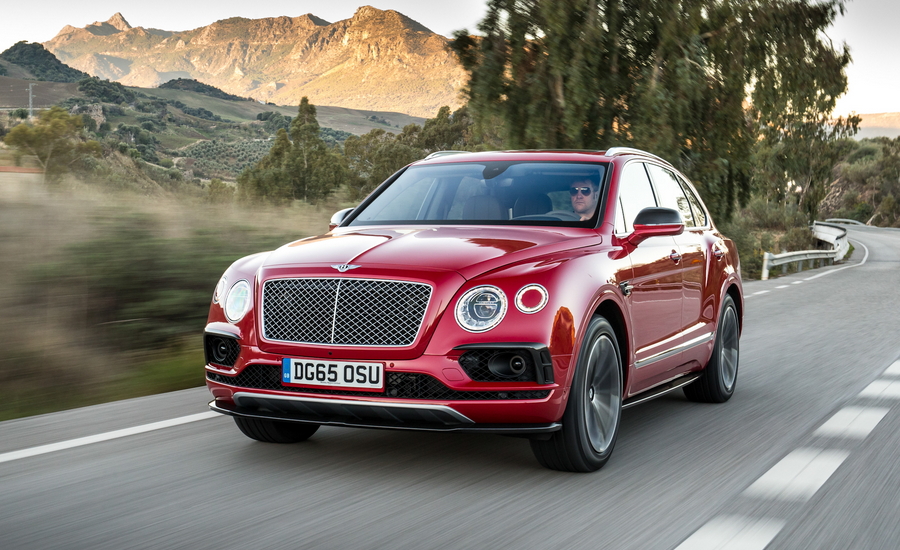 The Bentley Brooklands made its debut in 1992. Launched as a replacement to the Mulsanne, the Brooklands was offered in the form of a 4-door executive sedan. Featuring remarkable ride quality, numerous interior conveniences, and one of the quietest interiors in its class, the Brooklands could provide occupants with an excellent level of comfort, highly demanded by executives all over the world. After being discontinued in 1998, the Brooklands was revived in the new role in 2008. The new Brooklands was a 2-door grand tourer derived from the Azure retractable soft top. During a three-years-long production run, Bentley assembled only 550 second-generation Brooklands. 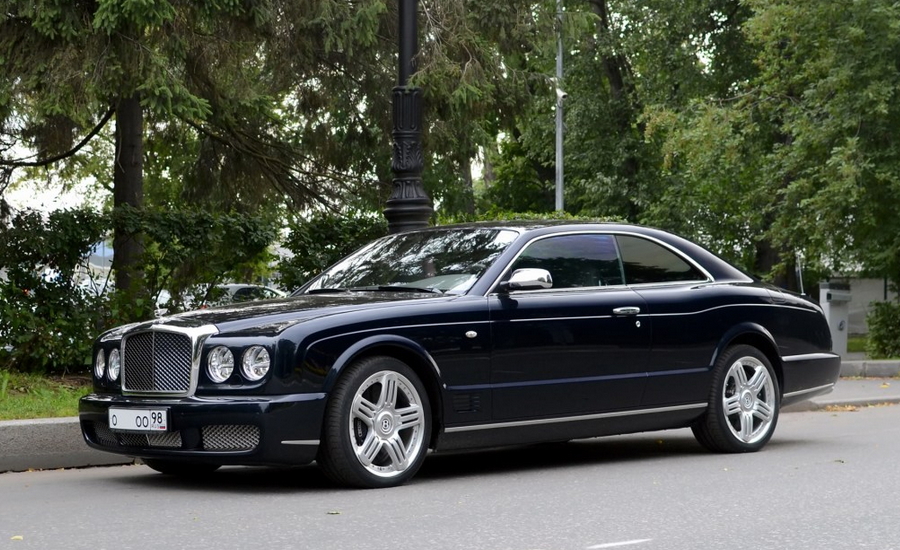 The Continental is the longest-running and, probably, the most famous Bentley nameplate. Originally introduced in 1952, the Continental has been intermittently offered in a variety of incarnations up until now. Acclaimed for its magnificent interior with multiple innovative conveniences and an elegant body created for the early Continentals by coachbuilders, the Continental gives off a luxury vibe that created a great brand equity. Currently, the Continental is offered in 2-door coupe and convertible body types with the GT and GTC designations respectively. 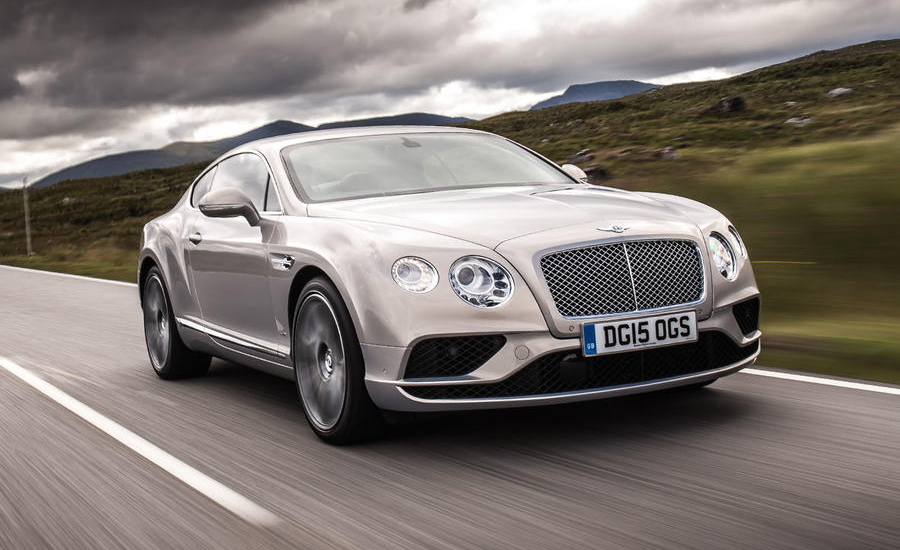 The very first Bentley Corniche was produced in 1971. Based on the Bentley Mark V prototype, the Corniche was developed at the time of Bentley-Rolls-Royce collaboration under the guidance of Vickers and had the Rolls-Royce-badged cousin. The model went on sale powered by a 6.75 L L410 OHV V8 that was mated to a 3-speed automatic transmission. The tandem made the car rather agile (considering its curb weight of about 4,800 lb). Unlike Rolls-Royce’s Corniche that underwent a significant upgrade in 1987, Bentley’s version was virtually ceased and renamed the Continental in 1984. 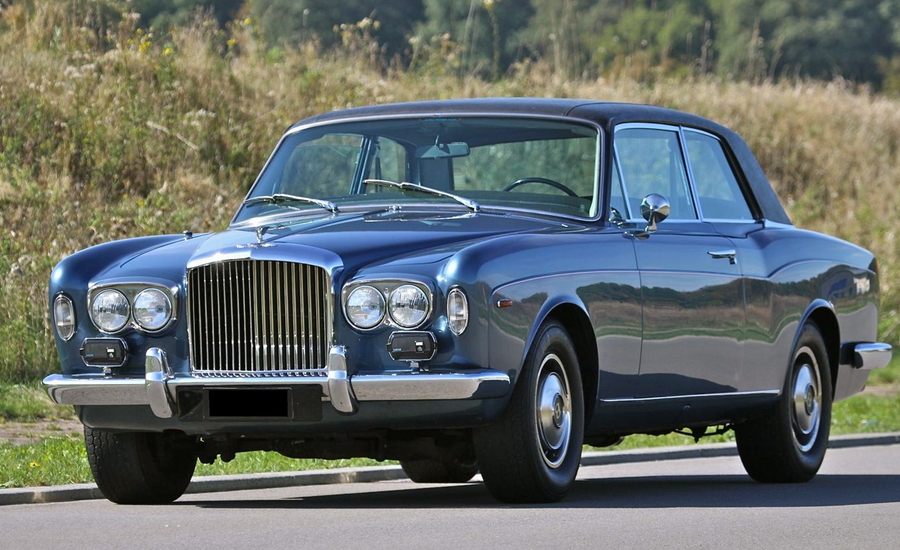 The Bentley Eight arrived at dealerships in 1984. Derived from the Mulsanne, the Eight was launched as an entry-level Bentley model focused on the domestic market. However, it turned out to be so popular that Bentley decided to launch the model on the European and U.S. markets, where it was available until 1991. Propelled by the powertrain consisting of Bentley’s traditional 6.75L V8 and a three-speed automatic gearbox, the Eight although was equipped with a stiffer suspension that ensured a slightly more precise handling than its stablemates could provide. 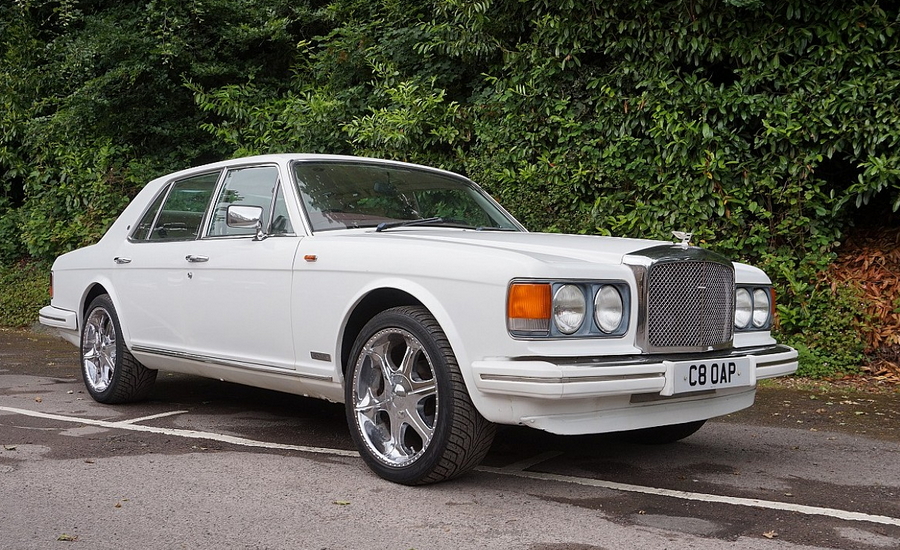 Bentley first introduced its EXP 9 F model at the 2012 Geneva Motor Show. Designed under the Volkswagen AG supervision, the EXP 9 F shared the underpinnings with the Volkswagen Touareg and Porsche Cayenne and became the first SUV ever designed by Bentley. Conceived as a concept vehicle, the EXP 9 F never entered serial production. However, the model’s debut triggered a stormy public and automotive press reaction, which inspired Bentley to introduce the production model. It’s called the Bentayga. 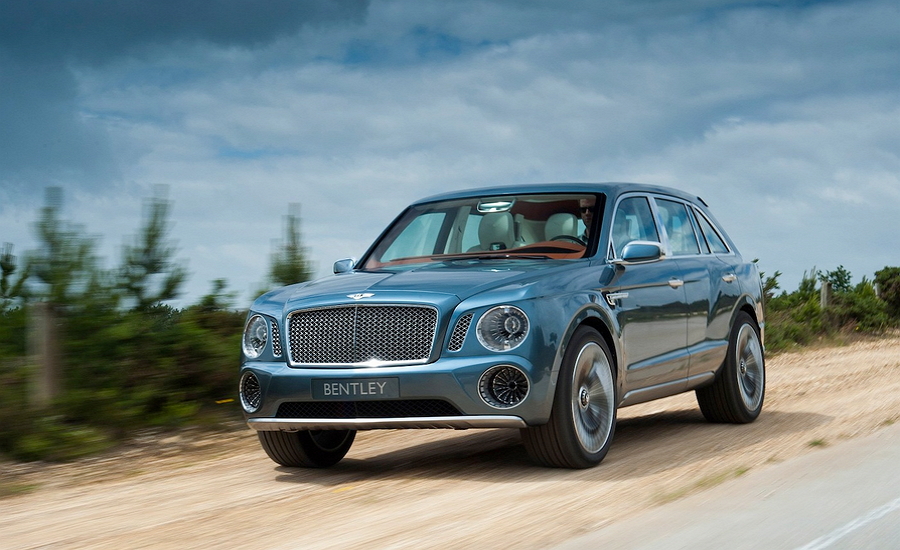 The Bentley Flying Spur made its debut in 2005. Largely based on the 2003 Continental GT, the Flying Spur was designed to compete with the Rolls-Royce Ghost, Mercedes-Benz S-Class, and other top luxury sedans. Developed under Volkswagen’s authority, the Flying Spur shares the D1 platform with the Volkswagen Phaeton and Audi A8, being, although, positioned above the two. Powered by a 6.0 L twin-turbo W12 that develops up to 560 horsepower, the Flying Spur is considered to be one of the quickest cars in the class. The model underwent a significant upgrade in 2013. Besides the refreshed exterior and an even more luxurious cabin, the new Flying Spur received multiple mechanical improvements. Currently, the model is officially offered in the USA. 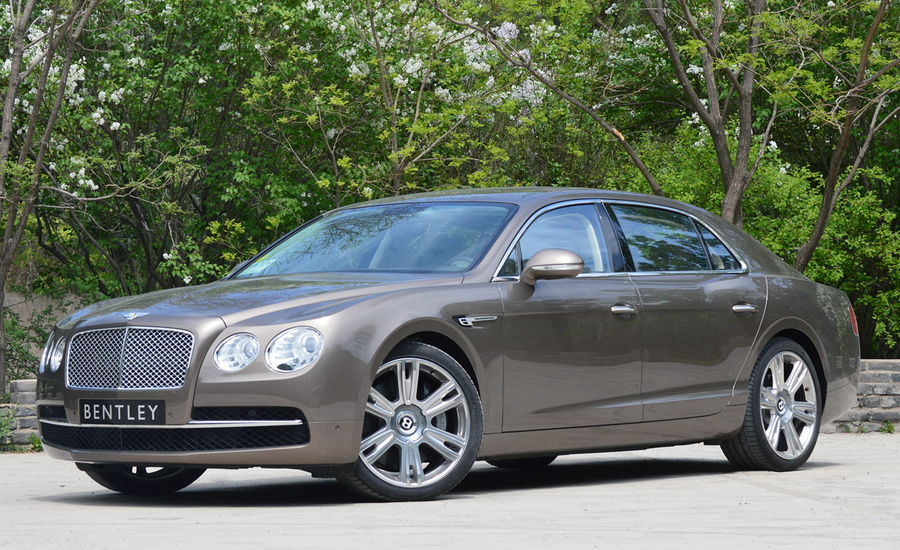 The Bentley GT, also known under the Continental GT nameplate, was the first Bentley model created after being acquired by Volkswagen in 1998. Launched in 2003, the GT became a significant breakthrough for the company. Besides the all-new exterior design, multiple advanced mechanical features implemented by Volkswagen’s engineers that allowed for significant improvements in vehicle performance (compared to the preceding Continentals), the model received the new interior which was also developed in cooperation with Volkswagen’s specialists. After 8 years of successful sales, Bentley renewed the GT. The second-generation GT got the new optional V8 with twin-turbo, a modern 8-speed tiptronic automatic transmission, and a great number of other changes, both internal and external. 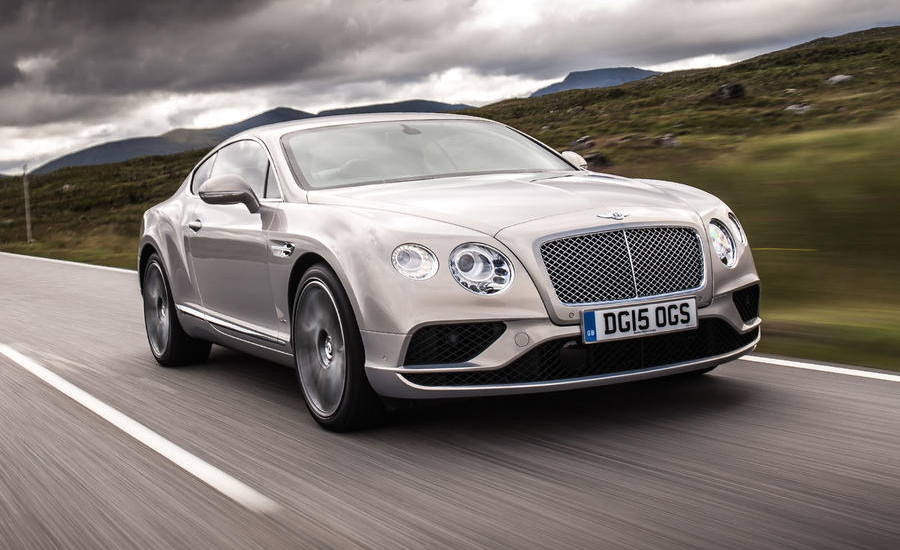 A production version of the Bentley GTC was unveiled at the 2006 New York International Auto Show. Almost identical to the Continental GT model, the GTC featured a retractable soft top which was the only notable distinctive feature. Sharing the powertrain and all other mechanicals with the GT that was famous for its impressive on-road performance, the GTC became one of the quickest convertibles on the market. Together with the parental model, the GTC was refreshed in 2011. 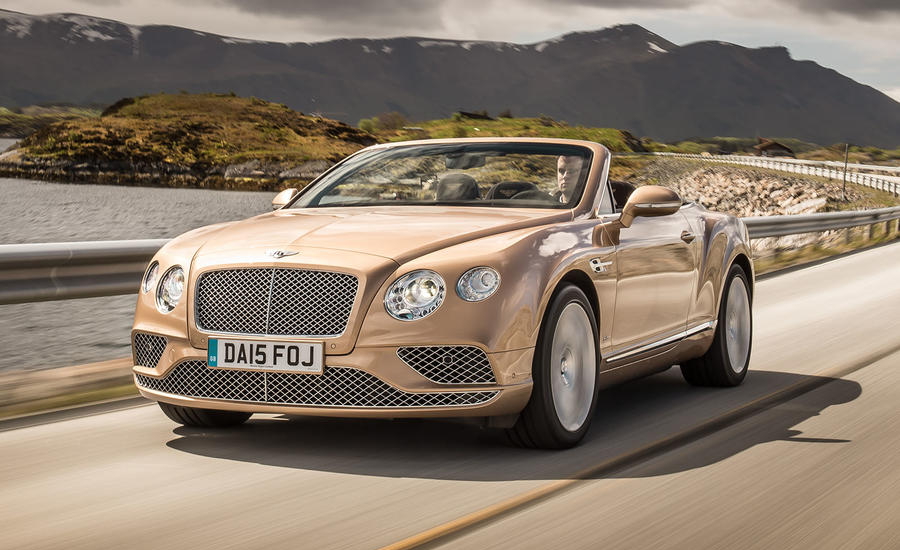 The Bentley Mulsanne is a line of top-end executive cars intermittently produced by the British company since 1981 and offered currently in its second generation. The Mulsanne was introduced as a high-performance premium car that combined luxury, speed, and ultimate comfort. Apart from the ordinary version, Bentley offered the Mulsanne Turbo and Mulsanne S. During twelve production years, 2,019 Mulsannes were assembled. The model was revived in 2010, when Bentley introduced an all-new vehicle developed under Volkswagen’s authority. It’s currently available in the U.S. market. 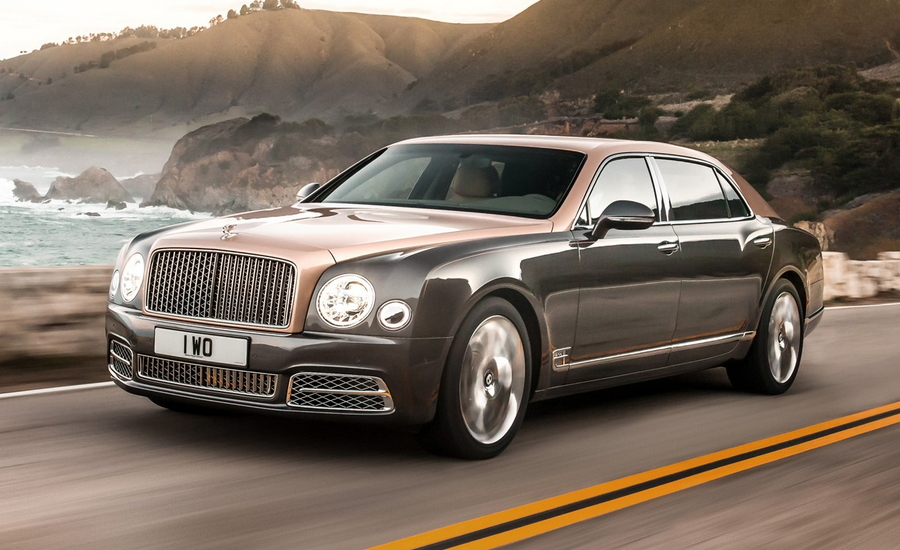 Launched in 1959, the Bentley S2 became the second representative of the S line offered since 1955. Compared to the S1, the new model got a larger and more powerful engine, a 6.2L V8 that came to replace the outdated I6. Also, Bentley refreshed the car’s exterior and gave it some other minor improvements. Produced in the form of a car chassis, the S2 was available with either Bentley’s standard body shell or with the body designed and installed by coachbuilders. During a three-years-long production run, 2,308 S2s were assembled. 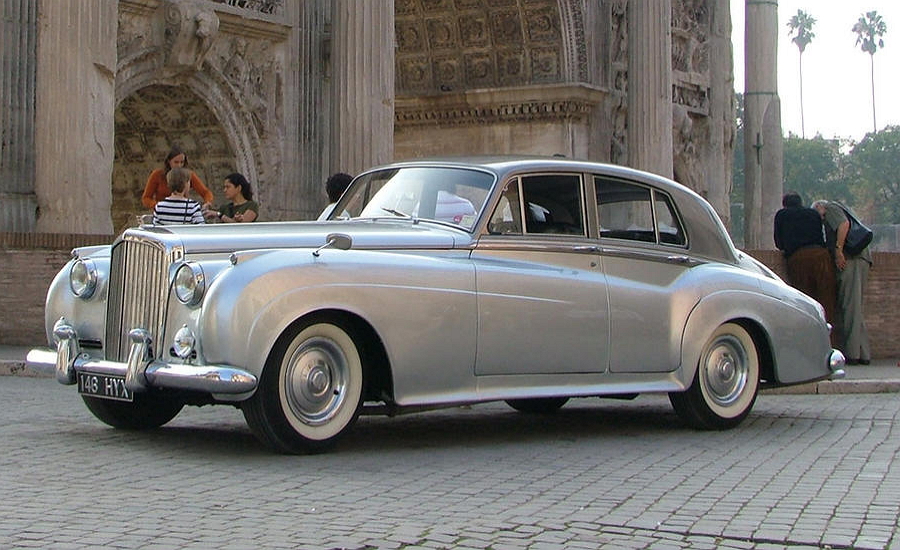 Designed as a replacement to the S2 model, the Bentley S3 went on sale in 1962. Though it received no considerable changes compared to the predecessor, it came with distinctive features such as dual paired headlights slightly shifted upwards for better illumination. Other less visible changes included enhanced by 7% engine output, improved power steering, increased legroom for rear passengers, and split seats in front. The S3 is still a limited-production, all hand-built car assembled at Bentley’s plant in Crewe, Cheshire, England. A total of 1,631 units saw the world. 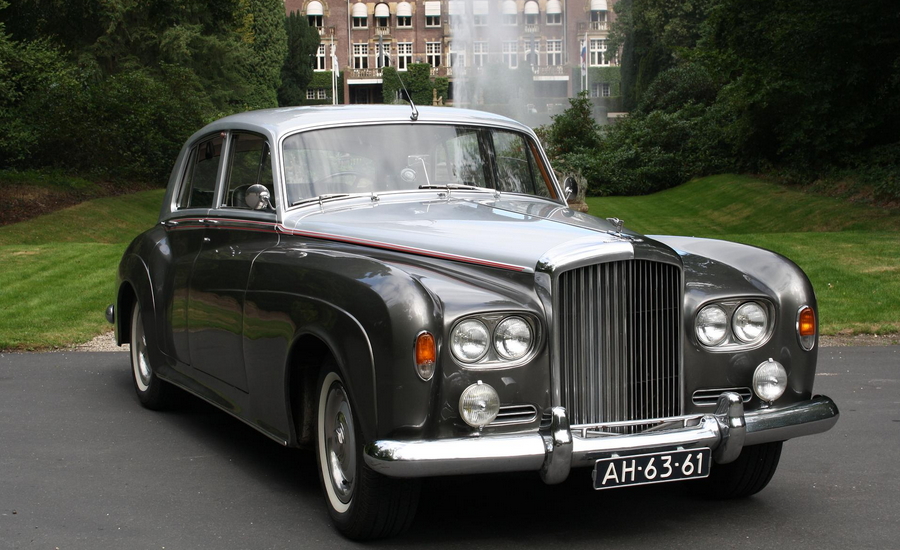 The Bentley T1 was a series of full-size luxury cars introduced as a replacement to the S line in 1965. The model was largely based on the Rolls-Royce Silver Shadow and featured only minor exterior and interior changes. Originally launched as a 4-door executive sedan, the T1 lineup was soon expanded with 2-door coupe and convertible versions, which attracted many new customers. A rather sought-out car on most markets where it was available officially, the T1 was in production for twelve years. It was dropped in favor of the upgraded T2 in 1977. 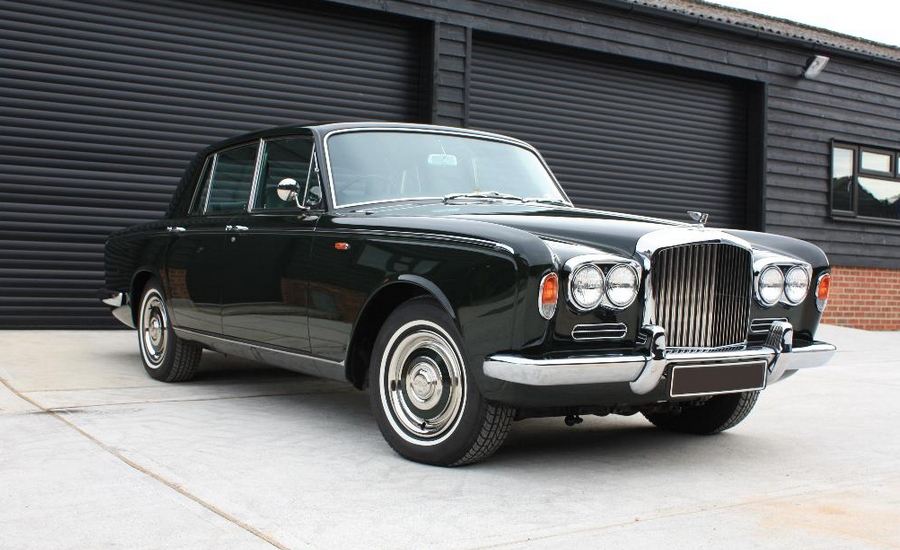 Introduced in 1977, the Bentley T2 became the second representative of the T series that Bentley offered since 1965. Though it received a large number of improvements, mechanically, the T2 was almost identical to its predecessor and wasn’t positioned as a standalone model. The improvements included the new rack and pinion steering, upgraded air conditioning, rubber bumper inserts, and a rebuilt engine that was equipped with eco-friendly Bosch CIS Fuel Injection for 1979-80 model years. Following the T1’s success, the T2 captivated many Bentley fans and became a particularly strong seller. Its production was dropped in 1980, prior to the brand-new Mulsanne model launch. 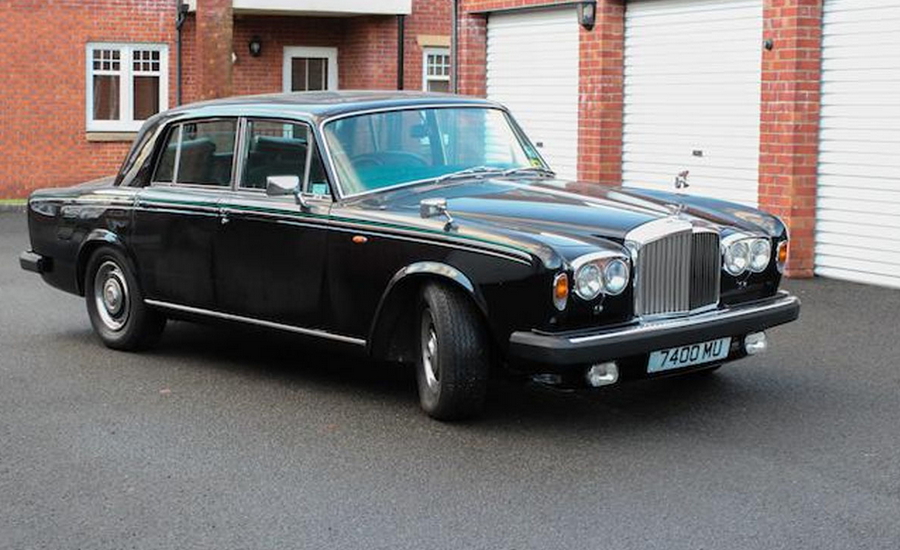 This lineup of high-performance luxury cars was manufactured from 1985 until 1997. Launched as a spiritual successor to the Mulsanne Turbo, the Turbo R featured a similar powertrain, a turbocharged 6.75L V8 mated to a 3-speed TH400 automatic transmission (replaced by a 4-speed 4L80-E eventually). With R standing for “roadholding,” the Turbo R differed from other Bentley models with its improved, stiffer suspension and retuned steering for better on-road performance and stability at high speed. 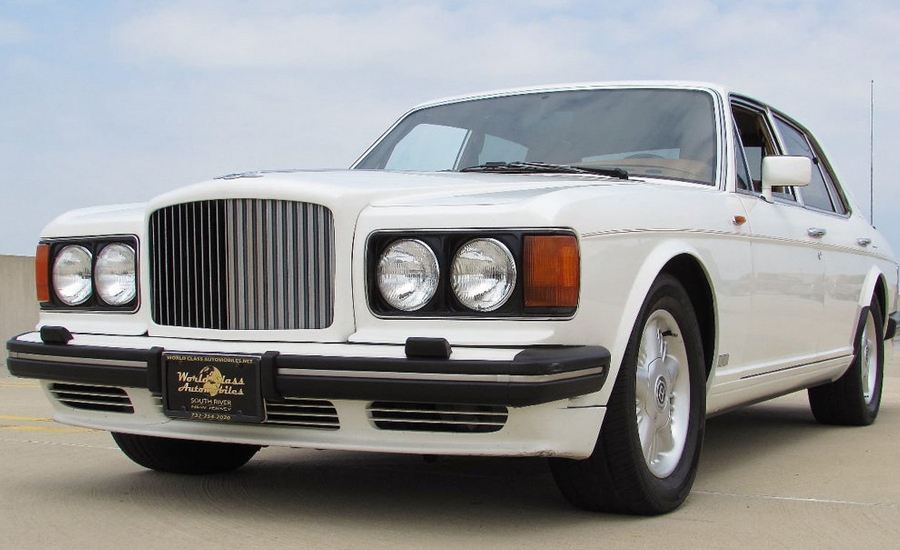 The model underwent a minor facelift in 1995 and was replaced by the Arnage two years later.

Got a pair of weld-in mufflers for client's Silverado. Good deep sound, no drone at high rpm

What you can read next 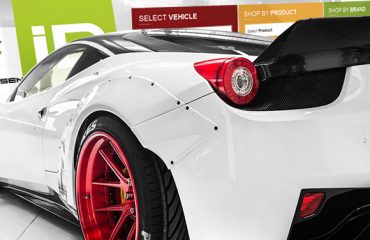 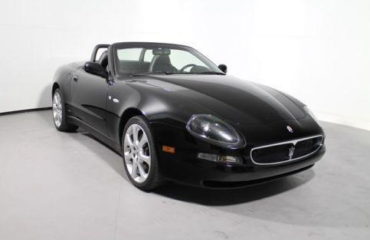